As Congress continues to struggle with healthcare reform, I suggest that there is one way to look at it that might make the arguments simpler than they currently are. 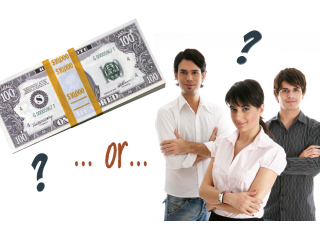 I see only two points of view. No matter who you are or what your interest in reform is, you fall into one of these categories:

“Lives First” people understand that lives are more important than money.  Not that money isn’t also important.  It’s just that they believe that aspects such as no insurance denials for pre-existing conditions, or making sure rewards are in place for innovation, or assuring access for everyone (everyone must participate) or making sure there is focus on health outcomes improvement — are more important than how reform will initially be paid for.

“Money First” people understand that controlling costs and reining in spending are more important than worrying about who gets what kind of options for care or access.  They understand that yes, people die or get sicker (and more expensive) when they don’t have access, but that denying access to some means others can get better care. They tell the Lives First people that if money isn’t the first consideration, then it will mean rationing for all, as if that is something new. (A bogus argument, by the way, because rationing is already a part of our care.)

Some generalizations, although I realize there are exceptions:

The Lives First people are often people who have had their access challenged due to cost (or they have watched a friend or loved one who has desperately needed access and could not afford it.)  I’ve been there.  Although I had high deductible health insurance when I suffered my misdiagnosis, the co-pays were back breakers. I lost every penny I had in savings just trying to keep up — all for the privilege of proving the medical experts were wrong.

The Money First people are typically people who do have access, either because their employer subsidizes their health insurance or because they are already age 65 and older and have Medicare.  They see reform as something that will impinge on their income because it certainly won’t get in the way of THEIR access.  They don’t need to worry about other people’s lives.  They only need to worry about their money. (I have to wonder about the Medicare recipients who think money is more important – do they have this conversation with their children?)

Based on that description, which do you think I am?  There’s probably not much question in your mind — but this may surprise you: My husband and I have good healthcare coverage because he is retired from the Air Force and that gives us access to a government payment system for the rest of both our lives.  Healthcare reform will end up costing us more money than we pay now, there’s no doubt.  Based on my own generalizations, you might expect me to be a Money First person….

But of course, I am not.  I hear from too many of those people who don’t have access, who have bankrupted because of medical needs, who work up to four or five jobs just so they can buy into a high deductible, catastrophic plan, just like I had. They get sicker, or they lose a loved one, not because the care wasn’t available, but because they could not afford it, or because they were denied care since they had no insurance.

Don’t get me wrong.  I understand that money is an extremely important consideration in the debate. We need to be responsible about the money questions, and yes, I get the “don’t want to mortgage our children’s future” argument. I believe we need both points of view to hammer out the best approach.

But, if you are a Money First person, I ask you to consider that Lives First may be the more fiscally responsible approach.  If we build a new healthcare system that assures access, even if it’s quite expensive to begin with, then over the longer term, we will be “building” a healthier populous — one that won’t need as much of the same kind of expensive access we have today.  In the long run, the system will cost far less with healthier people who won’t have to go bankrupt just to get the care they need.

Ask yourself: What’s more important to you? And which profile is yours? I wonder if maybe you’ve even put yourself into the wrong category to begin with? Does this food for thought shift your thinking at all?

Do you have concerns about healthcare reform?  Have a rumor or concern you want clarified?  Pose it here and we’ll try to uncover the truth.